KENWA Co., Ltd. (Osaka Japan), a parent company of KENWA Trading Corp. (NY), has announced that Mr. Hiroyuki Kobayashi has been named as a new president of the company from July 1, 2017.
Mr. Kobayashi has made great success in his 25+ years carrier in KENWA and he has always been active to grow businesses for entire KENWA Group.
Here is a message from new president of KENWA Japan. 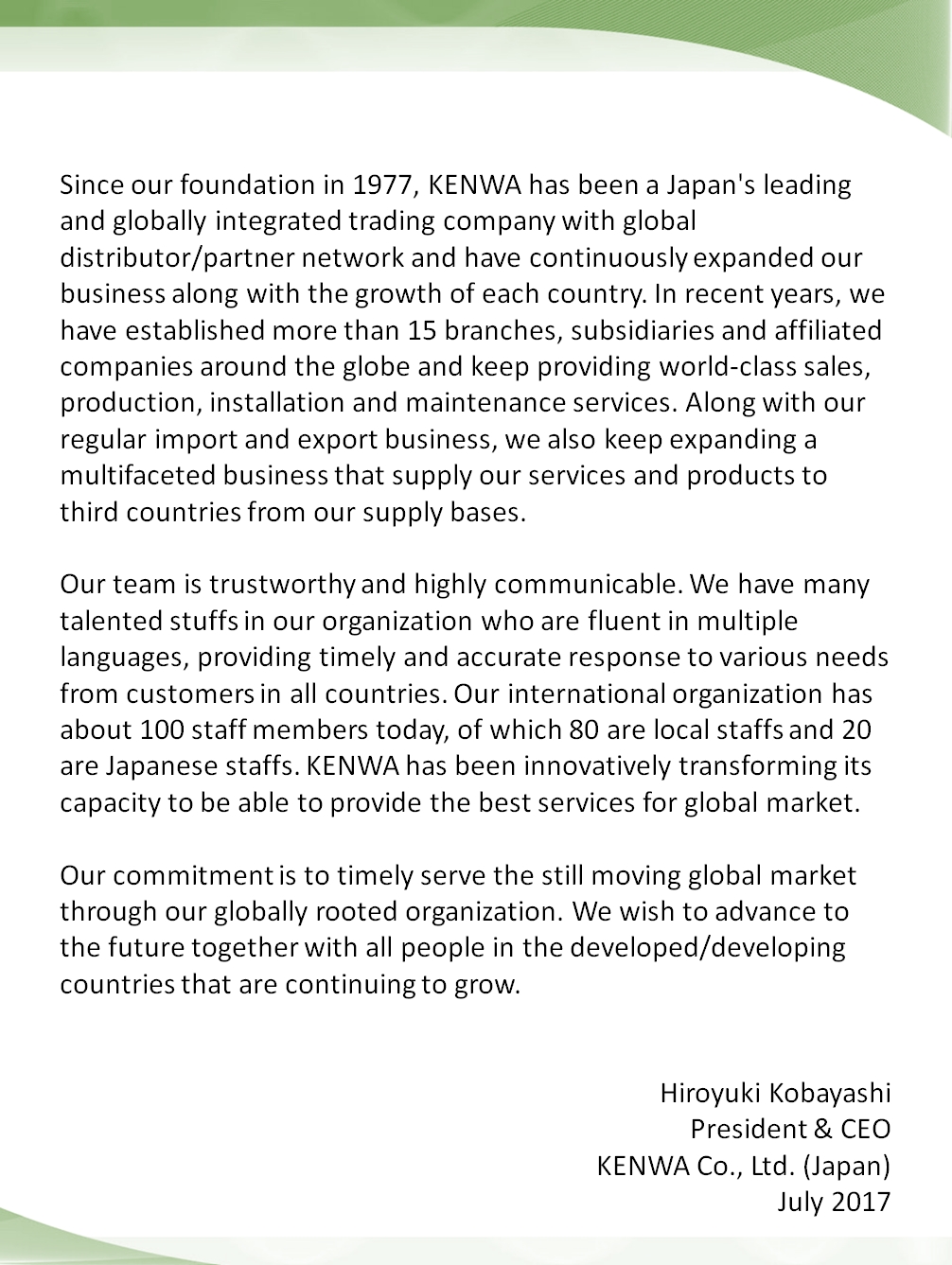